The message below is from James E. Kunk, Chairman of the CCAD Board of Trustees
Dear friends,
It is with a profound sense of grief that I share the news that Denny Griffith, our beloved and visionary former president of Columbus College of Art & Design, has died at the age of 63 after living fully with cancer for two years.
Denny’s valedictory show, “Another World,” opened at our Beeler Gallery on Jan. 8. The show is a shining achievement that reminds us of what a special president and artist he was — a leader of our school and our community, an educator, a tireless champion of what we are all about at CCAD, and a hard-working painter who pursued his passion with an exuberance that is so evident in the work currently on display.
Beyond this vital collection of paintings, Denny also played a major role in transforming the arts in Ohio over the last 40 years. He was a partner in the growth of the Ohio Arts Council, spent time at both the Akron Art Museum and the Columbus Museum of Art where he was a deputy director but, most importantly, spent 16 glorious years turning CCAD into a vibrant and dynamic college of creative learning, supporting a passionate student body, encouraging a committed faculty that truly believes in the power of their students’ ideas, building engaged boards of trustees that were fully invested in the mission, and drawing on the community that supported CCAD so committedly. His has been a force in downtown Columbus to transform the city through the arts.
He lived it and breathed it in every way.
Denny had many loves, but the greatest of these are his wife and partner in all things, Beth Fisher, and their son Blake Fisher. Denny and Beth have been remarkable advocates for this city and our school. We send our most heartfelt condolences to Beth and Blake.
“I can’t overstate how much this hurts. Denny was an innovative leader, a talented painter and a tireless champion for the arts,” said CCAD Provost and Interim President Kevin J. Conlon. “Most of all, he was a good man.”
Denny was born in Delaware, Ohio, on Oct. 22, 1952, and was incredibly proud of his central Ohio roots. Denny earned a Bachelor of Fine Arts from Ohio Wesleyan University in 1974 and a Master of Fine Arts from The Ohio State University in 1994.
He served as the third president of CCAD for 16 years, from May 1998, when he was appointed to the post, until his retirement in June 2014. During that time, he led the college through transformational change.
Denny was at the forefront of turning Columbus into the creative community we know today. But his reach wasn’t limited to central Ohio. He was a well-respected leader on the national stage.
“Denny Griffith’s contributions to art and design education extended far beyond CCAD and Columbus,” said Deborah Obalil, President and Executive Director of the Association of Independent Colleges of Art & Design (AICAD). “Denny was an affable and beloved colleague nationally and internationally, passionate about students and the artists and designers into which they transformed over the course of their education.”
In typical fashion, Griffith’s goal in his steadfast service to CCAD was not to bring attention to himself. He wanted to help others, and he made sure that praise was heaped on others before himself.
“When the light’s shining on me,” he once said, “I’d rather turn it to shine on other people.”
True to this ideal, he worked with the CCAD Board of Trustees to establish the Griffith Faculty Excellence Fund as his legacy to support in perpetuity the good work of the faculty at CCAD.
Throughout his life, Denny maintained a strong commitment to his work as an artist. Even after his cancer diagnosis in 2014, he continued making art, including large scale paintings and works on paper which comprise his latest exhibitions at our own Beeler Gallery and “Another World and Other Works,” which opened Friday at Hammond Harkins Galleries in the Short North.
And to quote Michael Goodson, CCAD’s director of exhibitions and curator of “Another World,” these are the kind of “paintings that manage to mingle Amy Sillman’s approach to abstractions with a hint of Guston’s more malevolent code. They celebrate, but also retain a clarifying air of solemnity. These new works are curious and cathartic, but also cogent and restrained.”
Denny is survived by his wife, Beth Fisher, of Bexley and Asheville, North Carolina; his son, Blake Fisher, of Raleigh, North Carolina; his mother, Sally Griffith, of Black Mountain, North Carolina; his brother, Tom Griffith (Beth and nephews Zach and Ty), of Seattle; and his sister, Anne Barrus (Gib and nieces Gracie Barrus and Lucia Parker and great nephew Hayden Parker), of Burnsville, North Carolina.
The family is planning a party at CCAD’s Beeler Gallery to celebrate (and we mean celebrate) the myriad contributions that Denny made to our lives and community, and we will share details when we have them. For now, we’re grieving and grateful that Denny has been a part of our community. His legacy will continue on.
James E. Kunk
Chairman of the Board of Trustees
Columbus College of Art & Design 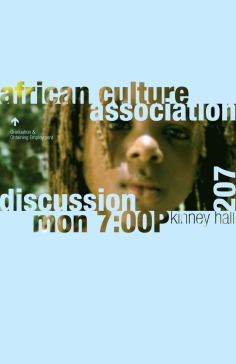